Lionel Messi needed just six minutes to make his mark in Argentina's 7-0 rout of Hong Kong in a friendly at Hong Kong Stadium on Tuesday (14 October 2014). The Barcelona star Messi scored twice after going on as a substitute for the last 30 minutes of the game to celebrate the 100th anniversary of the Hong Kong Football Association. Napoli striker Gonzalo Higuain and Benfica's Nicolas Gaitan also scored two goals each after Sevilla's Ever Banega had opened scoring in the 19th minute. 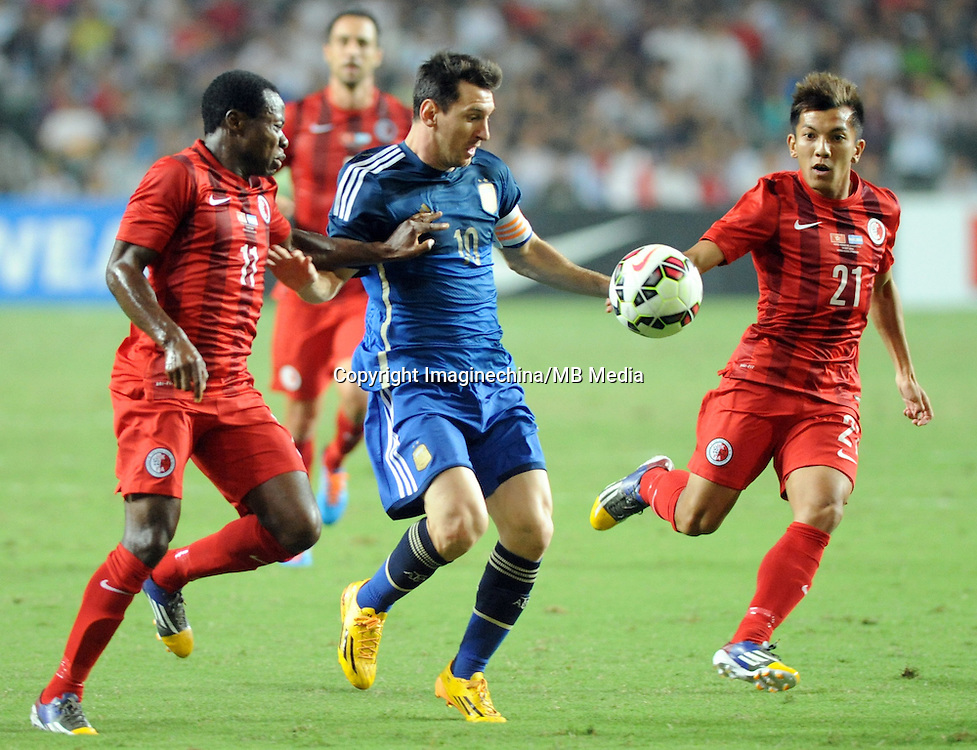